In my previous article on a similar subject, The Whitaker Family: Horrors of Inbreeding, readers travelled through the horrors of inbreeding. As we talked about how inbred children are at a higher risk of recessive genetic disorders, let’s continue the discussion with another popular term, the “Habsburg Jaw”, which scientists have confirmed is the result of royal inbreeding. When someone told me that the British Royal Family did not invent inbreeding, I decided to write about “Habsburg Jaw,” which is closely related to the Habsburgs, one of the most notable families who dominated a wide European empire for centuries.

Before we can comprehend the Habsburg Jaw, we must first understand the Habsburgs, who as rulers, archdukes, and emperors did all in their ability to maintain control of the empire they controlled. From 1282 to 1918, Austria was controlled by the Habsburgs, often known as the ‘House of Austria.’ Aside from it, they ruled Hungary and Bohemia from 1526 to 1918, and Spain and the Spanish kingdom from 1504 to 1506 and 1516 to 1700.

The Habsburgs are also renowned for their rule over Slovenia, Slovakia, and Croatia, as well as large portions of Poland, Romania, and Italy. If you didn’t know, the Habsburgs began their climb to prominence in 1273, when Rudolf I became King of Germany. As a history buff, you’ll recall that Ottokar II Premysl of Bohemia refused to accept him as king, which ignited a great royal feud.

Ottokar became King of Austria, but when he was slain in battle, Rudolf took over and awarded the country to his sons. That was it; the Habsburgs were unstoppable from that point on, spending the next century expanding their empire. When future emperor Maxmilian married Charles the Bold’s daughter Mary and seized control of the Burgundy area, the family was elevated to “A-list Royal rank.”

When we speak about the Habsburg royal dynasty, names like reformer Joseph I, Leopold Wilhelm (emperor, bishop, and patron of the arts), Rudolf II (promoter of science and art in Prague), and Charles VI (Spain’s ruler who was succeeded by his daughter) come to mind. This epoch gave birth to startling parallels.

The Habsburgs attained complete royal power in the 1600s and reaped the benefits until the early 1700s. Leopold Wilhelm, an emperor, bishop, and patron of the arts; reformer Joseph I, whose motto was “by love and fear”; Charles VI, who controlled Spain and groomed his daughter to win the throne; and Rudolf II, who chose to dwell in Prague and fostered science and art.

The striking resemblance in the jawline of the royal members of the Habsburg dynasty during this period became known as the Habsburg Jaw. Researchers found a startling reality: years of inbreeding among the Habsburgs resulted in “Habsburg Jaw,” which eventually contributed to their demise.

The finest example is Charles II, the last male heir, who became physically unable of bearing children for obvious reasons! The genetic line of the Habsburg royal dynasty weakened over time due to extensive incest among them. Males had a more pronounced Habsburg Jaw than females. 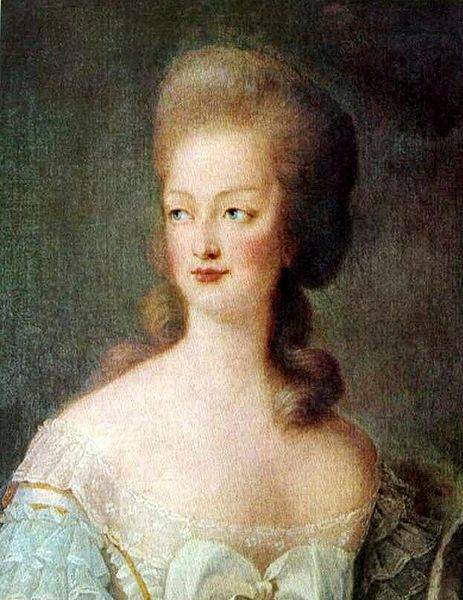 Mariana of Austria (Queen of Spain), on the other hand, is a distressing yet ideal illustration of the Habsburg Jaw. In addition, one of the most renowned Habsburg members, Marie Antoinette of France, was unable to avoid the Habsburg jaw. She had a protruding lower lip that gave the impression that she was continually pouting.

What Exactly Is The Habsburg Jaw? 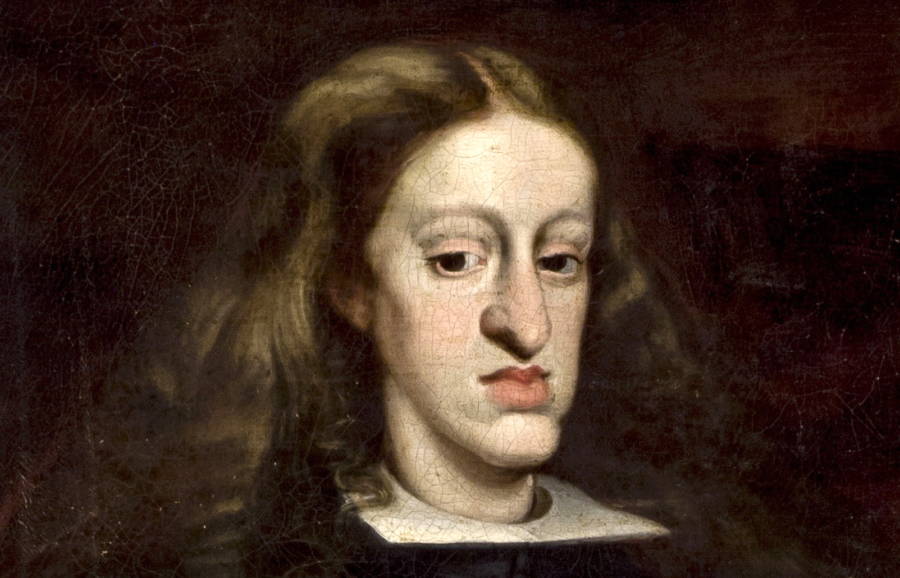 Marriages between blood cousins were prevalent in Europe’s reigning families in order to maintain their position as Europe’s most powerful royal dynasty. For example, despite the horrific repercussions of incest, the Spanish Habsburgs indulged in it. You’d be surprised to learn that “nine of the 11 marriages in this family throughout their 184-year rule in Spain (1516-1700) were incestuous in character.”

Famous examples are Charles I of Spain and Joseph I, both of whom were notable for having extraordinarily large lower jaws. So, what was the end result? How did they obtain it? Why were there so striking parallels among the members? The straightforward solution to the latter is incest. According to the 1988 article Journal of Medical Genetics, “nine continuous generations of the Habsburg family were identified bearing this jawline, which came to be generally recognised as the Habsburg jaw.” 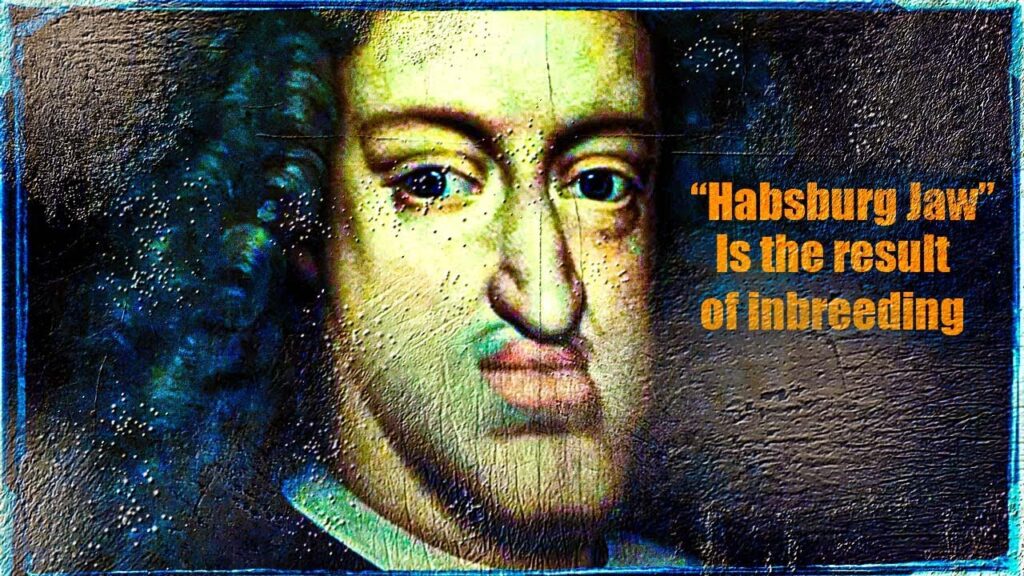 According to the article, at least three generations of this family possessed identical facial traits known as “mandibular prognathism,” a medical name for this type of jaw. The jaw shifts forward with this disorder, resulting in a significant underbite because the teeth do not line up as they should in a normal human body. They also had a thicker lower lip, an asymmetrical nose, everted lower eyelids, and flat malar regions.

According to the report, this was caused by incestuous connections in the family and also gave birth to “Mandibular Deficiency.” The word was defined as “a pattern of anomalies that might influence a person’s speech and ability to eat, encompassing skeletal, neuromuscular, occlusal, and aesthetic issues.”

Aside from that, the Habsburgs suffered from a variety of illnesses such as dropsy, asthma, epilepsy, gout, and melancholia. According to several sources, the Habsburg jaw originated among the Polish royals, and it was discovered with this jaw by Maximilian 1 (King of Rome from 1486 and Holy Roman Empire from 1508 till his death).

Scientific Support For The Situation For a long time, there was no study to support the theory that the ‘Habsburg jaw’ was caused by extensive inbreeding. However, when he proceeded to analyse the facial defects in 66 photographs of 11 Habsburg family members, geneticist Francisco Ceballos came up with mind-boggling findings.

The researchers used statistical techniques to investigate the impact of inbreeding on the degree of Mandibular Porganathism and Maxillary Deficiency. They discovered that the two qualities are genetically related. Ceballos made the following statement:

“The ‘Aha!’ moment came when we realised that the MD is impacted by inbreeding and that the Habsburg face is connected to their consanguinity.” This is the first time research has backed up this claim.

Their investigation indicated that facial abnormalities, as well as mental disease, have a long history in the Habsburg family. So, how does inbreeding influence subsequent generations? The study discovered that “mating between cousins doubles the chances of getting identical variants of a gene from both parents,” a condition known as “genetic homozygosity.” This has a negative impact on an individual’s health.

Charles V is the clearest illustration of such a case, as he suffered from at least two illnesses caused by recessive mutations in distinct genes: pituitary hormone insufficiency, which can lead to sterility, and distal renal tubular acidosis, which leads to kidney failure. Because of the great inbreeding among the Habsburgs, most researchers on the issue utilise the family as a full human laboratory.

Professor Vilas of the University of Santiago de Compostela published a study on the Habsburg dynasty in December 2019. According to his research, the Habsburg family was the most powerful in Europe, but it was also known for inbreeding, which led to its demise. The research came to the startling conclusion that there is a clear positive association between Habsburg Jaw and inbreeding.

Several scientists and clinicians have demonstrated that inbreeding increases the chance of birth abnormalities and genetic illnesses in kids. To learn more about inbreeding, watch this video.

The Fall Of The Habsburgs While it is true that marrying among relatives may have helped the Habsburgs maintain power for a longer period of time, recessive genes became a factor for their empire’s demise. Furthermore, inbreeding transferred a number of genes that resulted in birth abnormalities. Charles II, who struggled to eat and talk owing to his protracted lower jaw, brought the Habsburg dynasty to an end. He was dubbed the “most inbred king of all time.”

In addition, Charles II was small, impotent, weak, intellectually impaired, and had various digestive ailments. He couldn’t talk as a youngster until he was four. His weak intelligence and physical deformities were caused by a restricted gene pool. According to one French ambassador, “the Catholic King is so unattractive as to provoke dread, and he appears unwell.” This was the period when his marriage was announced.

In his book “Spain Under Charles The Second,” an 18th-century British envoy wrote about Charles II, “he has a ravenous stomach and swallows all he eats whole, for his nether jaw stands so much out, that his two rows of teeth cannot meet; to compensate, he has a prodigious wide throat so that a gizzard or liver of a hen passes down whole, and his weak stomach not being able to digest it, he voids

Charles II could not have children because he was inbred, and many academics suspected that he was also impotent. The final Habsburg dynasty king died in 1700, at the age of 38. This was the horrifying end of a king who had accumulated two centuries of poisonous qualities that had been passed down to a single body.