Metallica is without a doubt the most successful band in the planet! Metallica, despite being the largest band in heavy metal history, has never forgotten how crucial it is for experienced groups to promote younger musicians. It’s been more than 40 years since the band was founded in 1981 by vocalist/guitarist James Hetfield and drummer Lars Ulrich, and their magnetism hasn’t faded. Here are all of the band members. 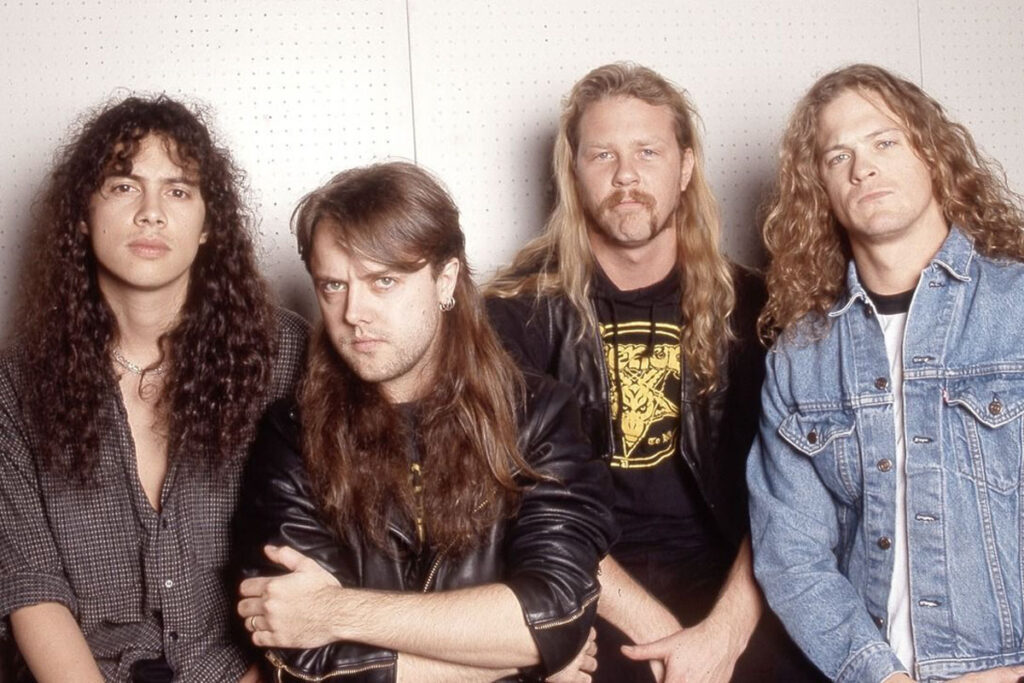 Bands come and go, but Metallica will live on in perpetuity. The heavy metal band was inducted into the Rock and Roll Hall of Fame in 2009. The band has 10 studio albums, twelve video albums, four live albums, a cover album, two extended plays, 37 singles, and 39 music videos to their credit.

In terms of honours, the most commercially successful band of all time’ earned nine Grammy Awards from 23 nominations, and its past six studio albums debuted at number one on the Billboard 200 for the first time.

Metallica continues to do global tours with its OGs like Hetfield and Ulrich, despite the fact that many aspiring bands are making their names. Here is a list of its current members, some of whom have witnessed the band’s meteoric rise. 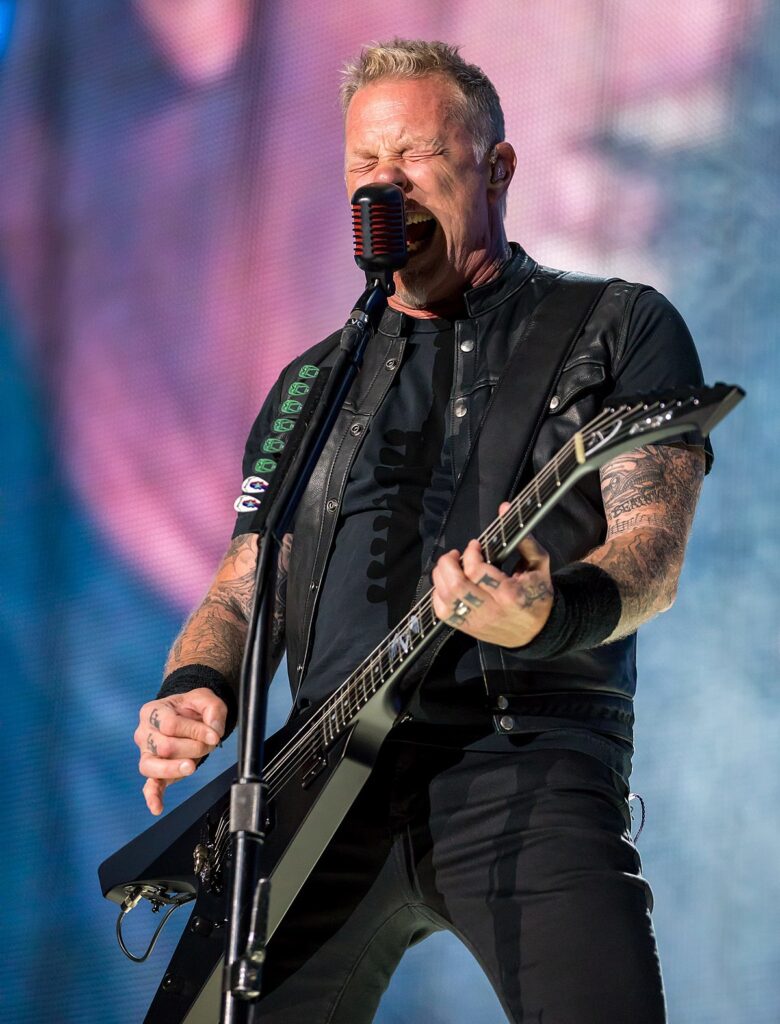 Metallica was co-founded by James Hetfield, whose birth name is James Alan Hetfield, and Lars Ulrich. James mentioned in an interview that Aerosmith was his biggest inspiration, and they were the ones that motivated him to pick up a guitar.

Metallica’s guitarist and vocalist for the past 40 years, the 59-year-old icon. He’s travelled the world and shaped the course of modern metal as the man at the helm of the biggest metal band on the planet (this isn’t an exaggeration – we’ve got the numbers). 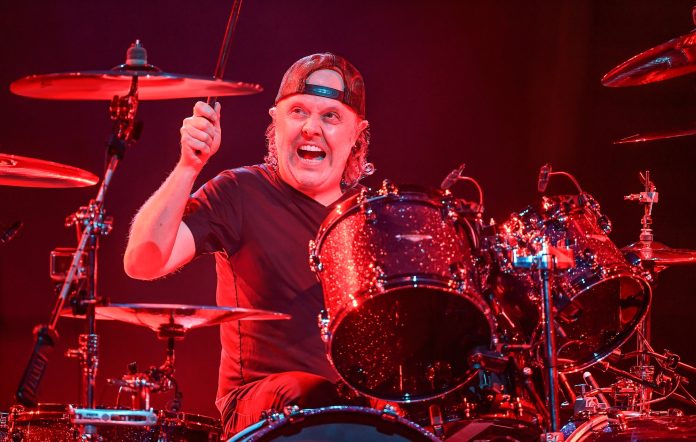 Lars Ulrich co-founded Metallica with James Hetfield and is the band’s drummer to this day. Torben and Einer Ulrich, tennis players, are his father and grandfather. Instead of following in his men’s footsteps, he opted to learn to play the drums.

Ulrich met James Hetfield after seeing an advertisement in The Recycler and the two created Metallica. Ulrich, along with Hetfield, has co-written virtually all of the band’s songs, and the two are the only remaining original members. 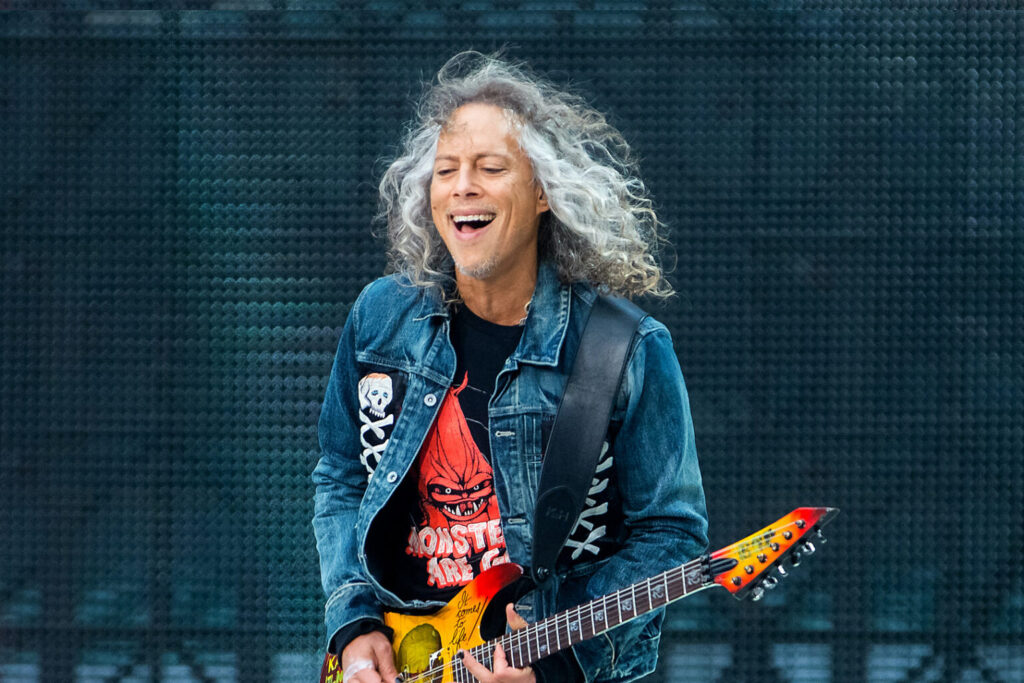 Kirk Hammett has been the band’s primary guitarist and contributing composer since 1983. Prior to Metallica, he founded and named the band “Exodus.” Kirk was named 11th on Rolling Stone’s list of “The 100 Greatest Guitarists of All Time” in 2003.

“The first song we played was “Seek and Destroy,” and Kirk ripped off this solo, and it was like… everything are going to be okay!” remarked Hetfield of his admission into Metallica. Hammett was immediately invited to join the band. 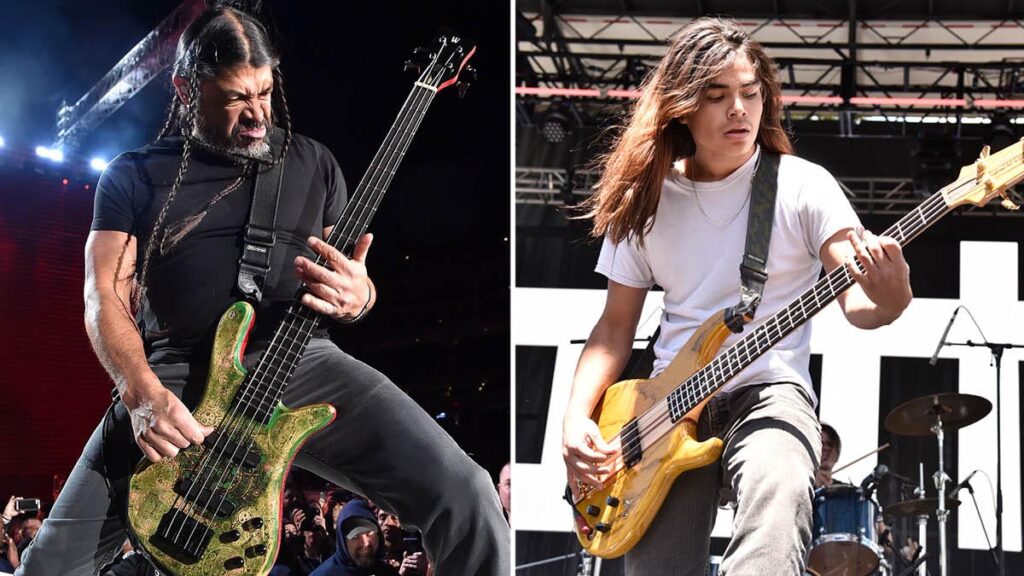 Metallica hired Robert Trujillo as their bassist in 2003. From 1989 through 1995, he was the bassist for crossover thrash band Suicidal Tendencies, while simultaneously collaborating with Suicidal Tendencies vocalist Mike Muir for funk metal supergroup “Infectious Grooves.”

Later, Robert performed with Ozzy Osbourne of Black Sabbath, Jerry Cantrell, and the heavy metal band Black Label Society. He is still Metallica’s longest-serving bassist. In 2009, he was inducted into the Rock & Roll Hall of Fame as a member of Metallica. Metallica was founded in Los Angeles in 1981 by vocalist/guitarist James Hetfield and drummer Lars Ulrich, and has spent the most of its career in San Francisco. This band, along with Megadeth, Anthrax, and Slayer, was one of the original “big four” thrash metal bands, thanks to their ferocious musicianship.

Metallica achieved mainstream success with its third album “Master of Puppets” in 1986. Former members of the band included guitarist Dave Mustaine (who established Megadeth after being sacked from the band) and bassists Ron McGovney, Cliff Burton, and Jason Newsted. Here are the bios of the guys who dominated our lives in the 1980s. 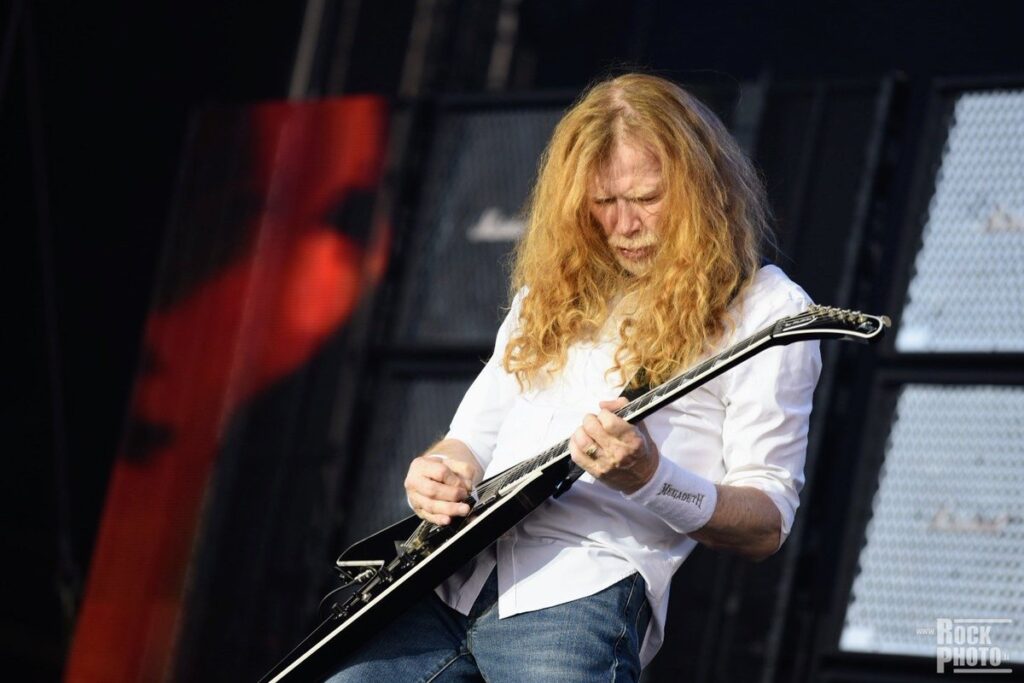 Dave Mustaine is the co-founder, main vocalist, rhythm guitarist, and principal composer of Megadeth, as well as their single continuous member. He was the original lead guitarist of Metallica before joining Megadeth, however, he did not feature on any albums.

He co-wrote four songs with Metallica, which appeared on albums such as Kill ‘Em All and Ride the Lightning. If you didn’t already know, Dave Mustaine recently commented on his 1983 departure from Metallica and the birth of Megadeth in a conversation with podcaster Joe Rogan of “The Joe Rogan Experience.” He expressed his displeasure that Metallica continued to use his songs after his departure. 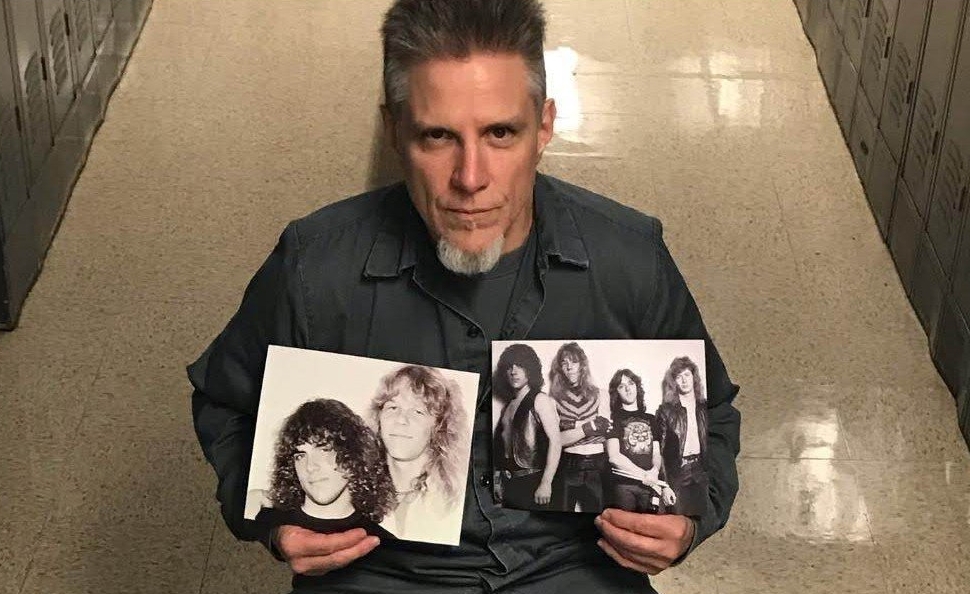 From October 1981 to December 1982, Ronald J. McGovney was the original bass guitarist for the heavy metal band Metallica. He formerly performed in the garage band Leather Charm with guitarist James Hetfield. Ronald performed for Metallica at their 30th-anniversary event. 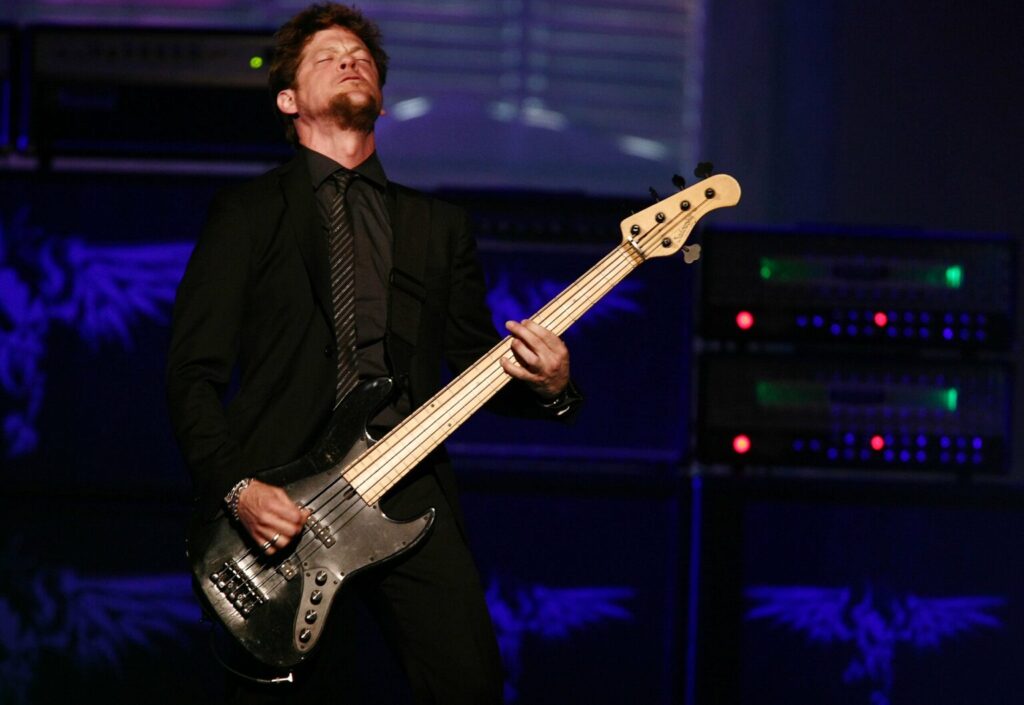 Metallica will perform at San Francisco’s Chase Centre in December 2021 to commemorate the band’s 40th anniversary. The eternal band members captivated the crowd with thrash-metal and massive singles like (“One,” and “Nothing Else Matters”) with deep cuts (“Trapped Under Ice,” “Fixxer”). What are your thoughts on this band? My father handed it on to me, and I’m passing it on to my children.