Twitter is a trend incubator, with new ones emerging every day. The latest Twitter craze is the one-word tweet. As brands and individuals take over the platform, they are tweeting one-word Tweets. Everything you need to know about it is right here. 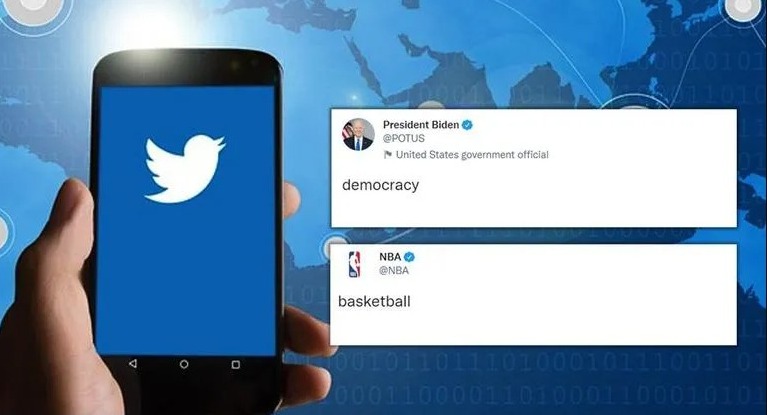 One-word Tweets are now trending on Twitter as everyone enjoys this basic yet humorous trend. NASA, CNN, the President of the United States, the NBA, the NFL, and numerous more have jumped on board this intriguing train.

The Litte Miss memes craze recently swept over Twitter as individuals purposefully revealed their fears with it. It’s still going strong, but one-word tweets have eclipsed everything today.

September began with a bang on Twitter, with individuals publishing messages containing only one word. The “One-word twitter fad” urges businesses and individuals to send a Tweet with a single word connected to who they are or what they do, with no extra background.

This tendency is rapidly expanding, which has left many people befuddled and perplexed. Others were quick to catch on and join in on the fun.

As part of this trend, NASA tweeted the term “Universe,” while LEGO tweeted the word “Bricks.” POTUS’s (President of the United States) Twitter account also joined the one-word tweet trend when it tweeted “Democracy.”

Other prominent businesses, such as the NBA, NFL, WWE, ICC, and others, have also embraced the trend and issued one-word tweets today.

Netizens are enjoying this amusing trend, but many are asking where it all began. If you’re curious about the roots of the one-word Tweet fad, check out this tweet from the American rail operator Amtrak.

On Thursday, September 1, 2022, it merely tweeted the word “Trains.” The tweet received a lot of attention, with over 163k likes and 21k retweets at the time of writing. Other firms swiftly followed suit, sending out their own one-word tweets.

Some Twitter users attribute the emergence of this trend to CNN. Just before 4:30 p.m. on September 1, 2022, its official Twitter handle tweeted “Breaking News.”

National Public Radio (NPR) was also one of the first businesses to capitalise on this trend, posting “Radio.”

Here are some of the greatest tweets from Twitter’s one-word Tweet craze. You may have already spotted some of these if you’ve been aimlessly browsing around the social networking app.

Baseball, basketball, and wrestling leagues were among the earliest.

Minecraft did not linger. It also typed “Blocks” and joined this trend.

This tendency is unlikely to fade very soon. Because of its simplicity. More businesses and individuals are expected to join it very soon. Stay tuned to stay up to date on the newest trends, memes, news, and more.