Simone South is the wife of LL Cool J, aka James Todd Smith. He is a rapper, record producer, and actor. He recently co-hosted the MTV Video Music Awards 2022 with Jack Harlow and Nicki Minaj.

LL Cool J and his wife Simone South have been married for over 25 years. Continue reading to learn everything there is to know about Simone, the wife of I Need a Beat singer James Todd Smith. Simone is a cancer survivor

Yes, you read that correctly. Simone, LL Cool J’s wife, was diagnosed with stage 3 chondrosarcoma in 2004 after a knot in her leg was discovered. She had to go through a 12-hour surgery back in the day, and then she had to learn to walk again over the next two years.

During an interview with Entertainment Tonight at the time, Simone stated, “I was working out with my trainer, walking, talking, not paying attention, walked into the waste basket and it hit that little knot.” That prompted me to visit the doctor, where I discovered I had a chondrosarcoma stage three tumour in my right tibia bone.” 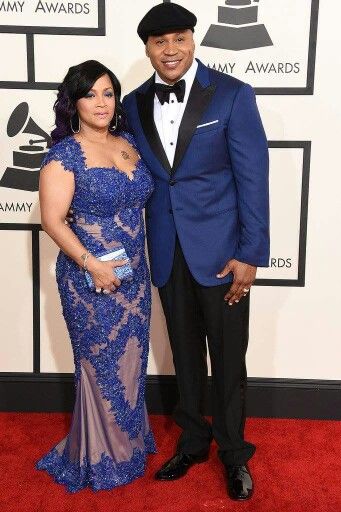 “It was a two-and-a-half-year recovery, where I had to learn to walk again,” South continued. I progressed from a wheelchair to two crutches, one crutch, and finally a cane. I was devastated in that moment. I’m not getting emotional!”

LL Cool J, Simone’s husband, was by her side throughout her cancer treatment. He told Oprah Winfrey about his wife’s cancer journey at the time, saying, “You don’t abandon someone in that fox hole.” You’ve got to be in that foxhole with them.” And now, as supporters of the “Beat Cancer Like a Boss” campaign, these two are assisting others fighting the disease.

Rihanna and Beyoncé are fans of Simone’s jewellery line

Simone South has previously worked with both Break My Soul singer Beyoncé and Love The Way You Lie crooner Rihanna. The romance between Simone and LL Cool J is one of the longest in Hollywood. During an interview with Jimmy Kimmel in 2012, the hip-hop artist recalled their first meeting. In 1987, they met for the first time as teenagers.

“I was just 19, something like that,” the NCIS: Los Angeles star told the show’s host, Jimmy Kimmel. I was driving down the street in my mother’s car on Easter.” He went on to say that he pulled over to talk with a friend, and his friend asked him if he wanted to meet his cousin, Simone. LL Cool J thought it was a great idea at the time, but then he saw Simone. “I looked over and said, ‘Oh yeah, I’ll meet your cousin,'” he continued.

Simone and LL Cool J got married in 1995

Simone and James married on August 8, 1995, after nearly 8 years of dating. We’re sure you’re wondering why they’ve been together for so long.

Simone previously stated to Oprah Winfrey, “Putting God first, we both come from a spiritual background.” And a great deal of compromise. Picking your battles and respecting one another.” How many kids do LL Cool J and Simone have?

Najee, their eldest child, has spent most of his life away from the spotlight. Najee is a frequent user of the social media platform Instagram. He appears to be a professional photographer. His Instagram page is full of memorable moments from his life. Fans believe he bears a striking resemblance to his father. When it comes to Simone and LL Cool J’s second child, daughter Italia Anita Maria Smith, she, like her older brother Najee, has chosen to remain out of the spotlight. She is a licenced real estate agent with a Business Administration degree from Northeastern University. In 2017, she married Lamar Cardinez, with whom she has two children.

Samaria, Simone and LL Cool J’s third child, was born in 1997 and graduated from the Fashion Institute of Technology. She launched her own denim brand in 2019 and sells a variety of popular clothing styles on her brand website. In addition, she is a social media influencer. She is frequently seen talking. Nina is LL Cool J and Simone’s fourth child. She was born in the year 2000 and, like her father, works in the music industry. Her stage name is Nina-Symone, and she is a singer. In 2019, she released her debut single Call Me on her Instagram page. The song received positive feedback from all quarters. She also has a YouTube channel where she regularly posts vlogs.

LL Cool J discussed his fatherhood experience during a media interview. “I just try to lead by example, encourage them, and make sure they can do anything they set their minds to,” he said. I’ve always tried to instil in them the importance of believing in themselves and not giving up. We must say Simone South and LL Cool J are each other’s soulmates. Don’t forget to stay tuned with us for the latest updates from the world of showbiz.